Point types and when to use them 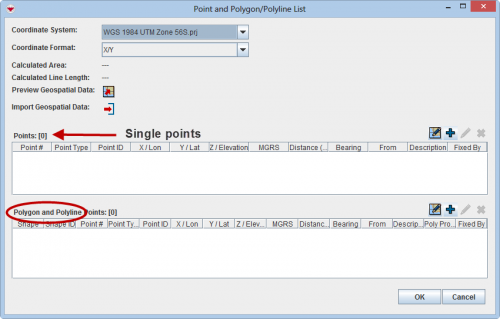 Which point type that should be used depends on:

Point types where the main intended use is for Cluster munitions, UXO and IED

Cluster munitions, UXO and IED should not be defined as area with perimeters i.e. not as polygons. They should be recorded as Evidence or Usage points.

Evidence point If there is a strong claim, you have high confidence and therefore should record it. Examples of strong claims are:

Point types used for recording of areas are of two main types; 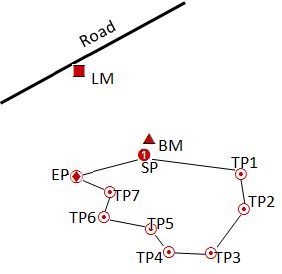 Reference point is a fixed point of reference some distance outside the hazardous area. It should be an easily recognised feature (such as a cross-roads or a bridge) which can be used to assist in navigating to one or more benchmarks.

Landmark has the same definition as Reference point.

Evidence point may also be used for areas for recording of where mines/UXO were found.

Start Point is used as the name for the first Turning point in the polygon/polyline. Note that Start point may also been used as a single-point for Mined areas/SHA.

Datum Point has the same definition as Start point but is more unusual.

Turning point is a fixed point on the ground which indicates a change in direction of the perimeter of the hazardous area. It shall be clearly marked and recorded. Buried metal objects should be used to mark all turning points for permanent future reference.

Intermediate point is a survey marker used between Turning points that are more than 50m apart or if it is not possible to see the next Turning point due to e.g. vegetation.

End Point is used as name for the last Turning point of the polygon/polyline.

Point types to be used for AXO / Ammunition Storage

AXO / Ammunition Storage is a special case which normally is a spot and then reference point should be used. If the area is big a polygon should be recorded as well.