Which ports is IMSMA using?

Which other application might be blocking ports that IMSMA is using? 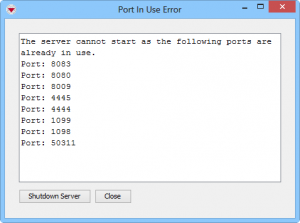 It could actually be IMSMANG blocking itself:

If it was not IMSMANG blocking itself then there is another application blocking one port. There have been reported cases where e.g. Skype was blocking IMSMANG server. These cases were solved by

How to identify which other application it is that is blocking IMSMA? 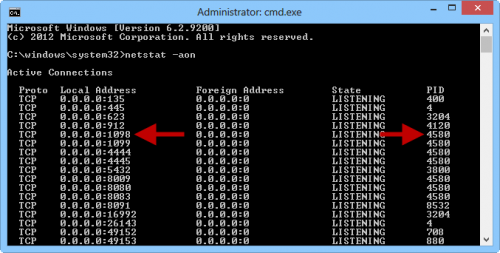 2 In order to find out which application is process 4580 you might:

2a Look in Task Manager. Easiest is to sort on PID.

3 End the task that is blocking IMSMA. This is a temporary solution that lets you start the IMSMANG server. If the problem persists then a more in depth investigation should be done.

IMSMA is blocked by the firewall/anti-virus applications

Depending on which firewall and/or anti-virus application being used the following files may need to be set as safe: