When deciding which type of imagery to use there a few factors to consider.

It’s important to consider what is available to you and which types are more feasible for your operations. 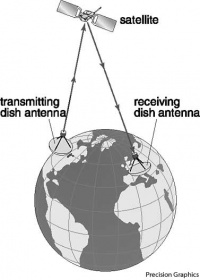 Satellite imagery is available to the global community with costs varying between providers. Archival imagery (imagery not obtained the day of request or planned in future tasking’s) is often discounted by imagery providers, so if you can use an image that is a few days old or even a year or more older the costs to obtain that image are significantly reduced. Also the benefit of satellite imagery is that the image provider will pre-process the imagery so you will be able to immediately use it in your GIS with no preparation required on your part. You can also obtain satellite imagery in many different resolutions both high and low. 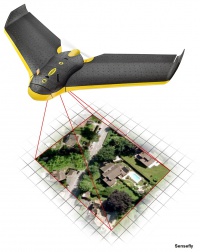 Unmanned Aerial Vehicles (UAV’s) are used as part of a Unmanned Aerial System (UAS) which is a software system that enables the user to process and use the imagery obtained from a UAV. This can often be the cheaper solution and in many cases the most efficient, UAV’s are quick and easy to set up and can obtain current imagery of an area within minutes. For field operations where wait times for imagery are limited this can be a good solution. However UAS require the users to process their imagery, either through software provided with the UAS or manually by a GIS operator. Many UAS have the image processing software included though. Resolution of a UAS image will vary based on what parameters are set by the operator, but in all cases will be high resolution. UAS imagery will only cover a limited area, and will not be able to provide imagery of an entire district or country in one operation. UAS are often used for specific areas with the range limited to the abilities of the UAV being used.